What is more exciting than a brain-controlled helicopter battle against two people? We only need two brains, one OpenBCI board, one Arduino board, two digital potentiometers, and two toy helicopters. Are you ready for this?

We need to indispensable things to “hack” the helicopter tottle: 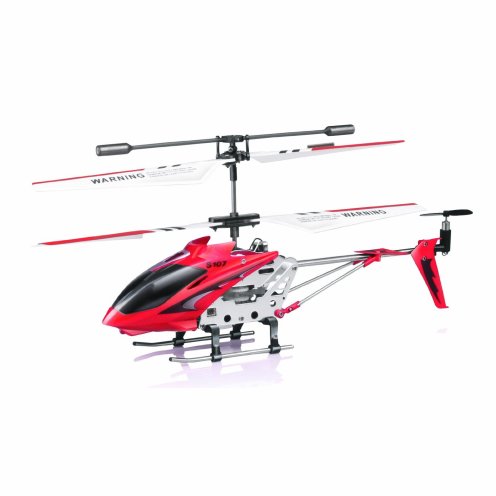 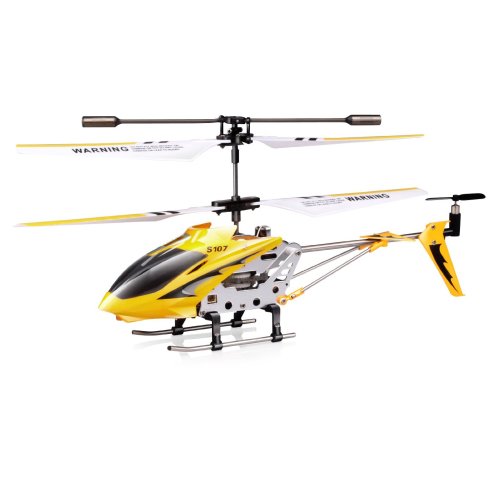 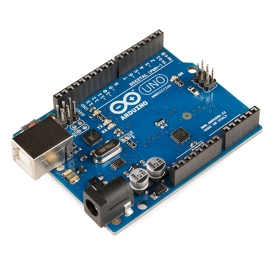 Set up the hardware

We have done this before when we controlled a toy helicopter by using alpha waves in an older post. You can follow the instructions step by step of the process here.

Digital potentiometers and Arduino board

Each player will have its digital potentiometer that will be controlled by the values sent by the OpenBCI_GUI. We need to connect them to the Arduino UNO board accordingly to the schematics shown in the figure below.

This is how the hardware looks like when you attach the jumpers from the remote controllers to the breadboards. The jumpers are attached in the following way:

Since we are using only one OpenBCI board for two people, we must adapt how we attach the wires for safety reasons. One of the players is going to use the first four channels (1-4 channels), and the second one will use the second four channels (5-8 channels). Both players need a different reference point, but they can share the ground.

Set Up the Software

The alpha power battle and the throttle control code are in the Processing sketch tabs ‘EEG_Processing‘ and ‘Helicopter‘. The GUI already has a peak detection, so we look to see if the peak is in the alpha range. If it is, and if it’s strong enough against the background noise, then a character is sent out to the Arduino that controls the helicopter. The strength of the alpha wave is encoded in the characters ‘A’ to ‘Z’. Then Processing sends the prefix ‘$’ followed by the character code. Arduino gets the prefix, and then apply the next value it gets to the potentiometer. It all took about half a day of hacking on the original OpenBCI_GUI, so I’m sure there’s room for improvement. You can download both the Arduino code and the OpenBCI GUI here.

Take the entire ‘CopterControl‘ folder and put it in your Arduino folder: Documents/Arduino

For this setup, you need to plot the Arduino board with a USB to the computer. You must choose in Tools > Board the Arduino board that you are using. In our case, we are using “Arduino/Genuino UNO” connected to a digital potentiometer connected to the hacked throttle control of a toy helicopter. Also, do not forget to select the serial port of the Arduino. If you have Windows, you will see your port name under the name of “COM X“, whereas you will see “/dev/tty.usbmodem14131” if you own either a Mac or a Linux OS X.

The Helicopter Control code controls the toy helicopter by receiving the information sent by the Processing code via characters and creating a channel of communication with the digital potentiometer.

First of all, we need to include the libraries that we want to use, and create the variables that we will use to determine when the helicopter has to fly or not. Also, we need the define the variables from the digipot accordingly to the pins that we used to set up the hardware.

After that, we setup the serial port with the baud rate from the Arduino board. Also, we configure the pins mode and the digital writes accordingly to Figure 4; we pre-set a delay, and we start with the throttle down.

We create a loop based on time to control the time the helicopter is up and down, and we set a resistance for the throttle.

We configure the event serial to receive the characters sent from the OpenBCI GUI. The expecting value is ASCII encoded and goes from A to Z (26 letters), where A=0, B=1, C=2, and so on. These values are proportionally related the “strength” controlsof the alpha waves registered in the OpenBCI GUI.

The DigiPot code controls the digital potentiometer connected to the Arduino. There are five void functioncontrol when the helicopter goes up, when goes down, how to set the resistance, when to read wipers, and when to check possible errors.

The throttleDown() sets the digpot wipers to full on for lowest current output. Digital writes are activated or disconnected depending on the inputs.

The throttleUp()  works the same way as the trottleDown() and it is activated depending on the CS input that comes from the Arduino.

The following functions are related wit the resistance set up, the wipers reading, and checking possible errors through the Arduino code.

This program looks for peaks in the alpha band, and it displays a real-time peak detector in the FFT plot (see Figure 9). When there is a dominant alpha wave present, the peak marker, a small circle, will darken (become bold). There is a short dashed line that references the background level the peak is measured against. Each channel has a peak detector and a background marker in its color. The most visceral way to understand how it works is to watch it. Use the Synthetic setting in the GUI, or to playback from an existing file of real EEG data.

Remember to change the port name in the code above depending on the OS that you have on your computer. If you have Windows, you must write your port name as it follows “COM X“, whereas type “/dev/tty.usbmodem14131” if you own either a Mac or an OS X.

The first step is to find the frequency with the highest value in a given channel’s FFT by sorting through the channel’s FFT bin values. The variable min_allowed_peak_freq_Hz [4.5] and max_allowed_peak_freq_Hz [15.0] create a window of frequencies to consider a peak candidate. In other words, the peak that is detected must be at least 4.5Hz and no more than 15Hz. That is a way to try and avoid noise. Frequencies outside the alpha band are not considered.

The next step is to average the other FFT bin values around the peak bin to see if the peak ‘stands out’ against the background. The function called findPeakFreqeuncy in EEG_Processing.pde does all this work to find the largest peak in the signal. It also sets variables, like the level in dB of the peak and the level of dB of the background. It will measure the difference between the peak and the background, and test the difference against a threshold. The variable detection_thresh_dB [set to 6.0] is the threshold in dB above the background that the detectedPeak frequency needs to be to trigger an event. In this case, when the peak is 6.0dB bigger or more than the background, it will be considered a ‘detected peak’.

The other thing I will add is that the method of measurement is specific. We measure the SNR, Signal to Noise Ratio. This is a measurement that is in RMS Voltage per bin. In this case, the FFT value of each bin (frequency) is delivered in RMS, but then it needs to be divided by the number of bins to get the RMS per bin [RMS/bin] this is a weird number, and very scientific. There is squaring and square-rooting going on all over the place, and the calculations can be found in the findPeakFrequency function in the EEG_Processing.pde tab if you want to dig into it.

The function processMultiChannel() maps the values to the Helicopter. If there is a peak detection in the alpha range, and if it’s strong enough against the background noise, then a character is sent out to the Arduino that controls the helicopter. The strength of the alpha wave is encoded in the characters ‘A’ to ‘Z’.

We’ve got both the software and the hardware ready to start the alpha power battle! Before the players start the battle, you must two last things.

ONE: Turn on the hardware

TWO: Turn off the BIAS and the SRB2 from the OpenBCI GUI

I would suggest you to have a look at the OpenBCI GUI console and make sure that there is a channel communication between Processing and Arduino. As you can see in the image below, there is a command that is shown every time that the Processing detects a peak.

It´s been a long way, but now your are ready to start the alpha power battle. The only thing that´s left is to find an opponent. Have fun and enjoy!

Written by Joel Murphy (co-founder and President of OpenBCI) and Irene Vigue Guix (Biomedical Engineer and neuroscientist resident at OpenBCI).

PhD student in TIC working on ongoing brain oscillations and behaviour modulation, with an undergraduate degree in Biomedical Engineering and a Masters in Brain and Cognition. View all posts by irenevigueguix